With not actually being at University and being 17 I was unable to compete in the main race, so I entered the boater X. The first part of the Boater X took place on a very low Triple Steps  on the the Etive. The first race was without your paddles. We all set our boats up on the other bank and started of by racing to our boats, getting our decks on and then getting to the finish line as fast as possible. The second race involved us racing down with our paddles this time, but with our decks off. This was the one with the most carnage with people doing anything they could to sink each other.

The second part took us to the Etive trib, the Allt A' Chaorainn which was yet again very low. This was a more straight forward race, where we were able to keep our decks and paddles but a lot more scrappy.

First place went to Matt Cooke and with a second place tie going to Ben Johnston and Patrick Jenner.

So today I found out that I am really unfit and should probably start training if I want to do okay at the Moriston River Race. 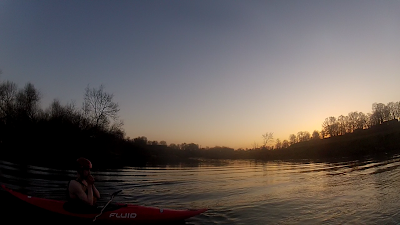 Lets hope there is some water around so we can get out paddling this weekend...

So for the past few weeks there has been no water anywhere and is has been hard to get out anywhere. There was a club trip on last week, a trip down a low Eden meant that I at least managed to get out and paddle. It was a good day out with friends... below is some pics from the trip. 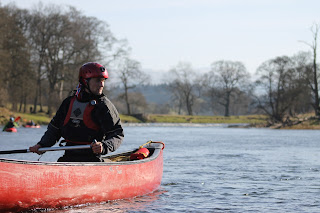 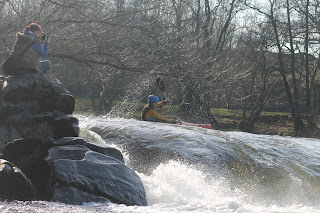 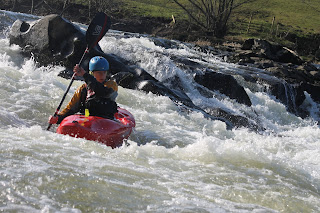 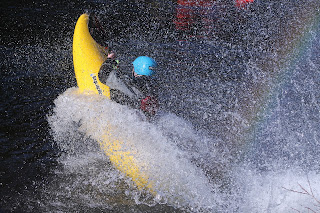 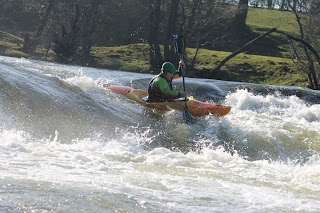 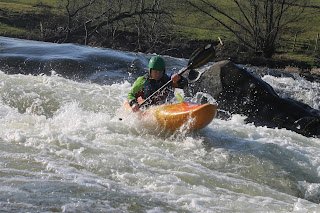 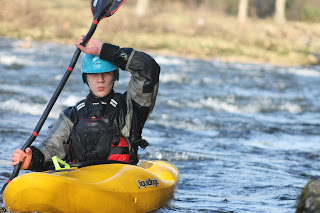 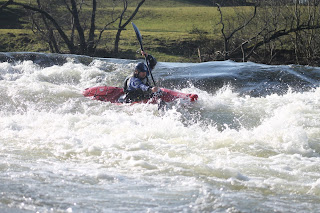 We also managed to get down to Tees Barrage, with a conveyor belt and a choice of two courses (long course and short course), it is the perfect place to go to when you are struggling to find somewhere to paddle when there is no water or just want to have a good day out on the water. Head down there and have a look for yourself... Tees Barrage Facebook page!

Yesterday I went to pick up my new boat from North East Kayaks and Paddles, I spent the whole night outfitting it and changing stuff around so that it would be ready to paddle today. 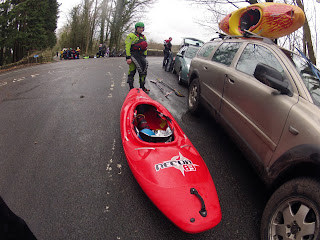 With all the the rivers being bone dry, we decided to go to the Leven which was the only thing with a decent amount of water in. My first impressions of the boat are that it is good... very good. 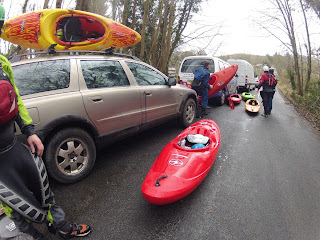 here is some pictures from kayaking trips in 2012. 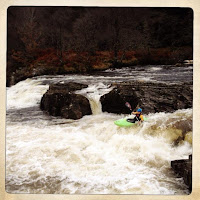 I finally got to paddle the Swale at a level which I could boof Rainby for the first time.

Here is a few snapshots...

After waking up to see that the river levels were high, we decided to head over to the Swale which was at at level of 1.47 metres. When we finally got to the Swale it had dropped to 0.95 metres.

After a day of paddling, we had managed to find some new and interesting lines (I wouldn't advise taking the same line by David Lawton, which is now the new 'man line') and Ben also managed to have to have his paddle stolen of him by an undercut. Apart from all of this it was a good days paddling.

My name is Matthew Davidson, I am 18 years old and I live in Cumbria. I do white water kayaking, rock climbing and try to get out as much as I can, wherever it is. when I'm not paddling, I also make videos of trips which I have been on.